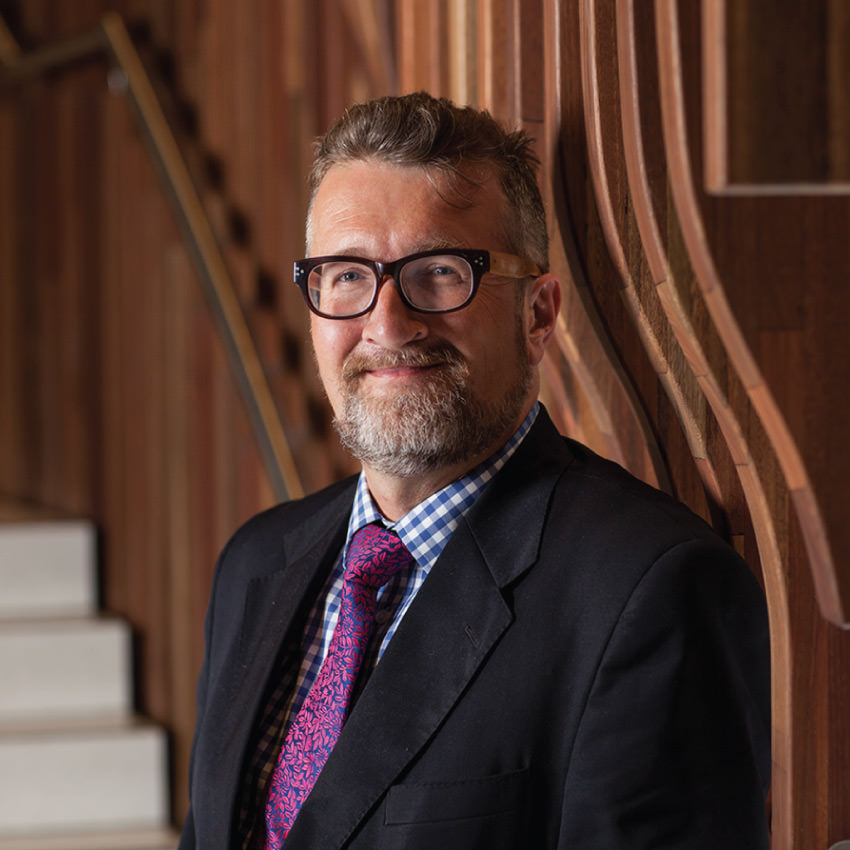 Dominic is the responsible person for Pathology Operations at Peter Mac and is the NATA and TGA nominee for the service. This service provides over 200,000 test episodes a year as an APL GX NATA/RCPA (#2465) accredited service covering Haematology, Flow Cytometry, Anatomical Pathology, Blood Banking, Molecular Pathology, Microbiology (TGA licensed) and Biochemistry as a 24 hrs, 7 days a week service. He has been intimately involved in pathology service delivery since his training in London at the University of London School of Pathology at Middlesex & UCH.

Dominic has been responsible for the expansion of specialised pathology services at Peter Mac since 2001, having fully restructured the services, establishing new on-site services for histology and microbiology and establishing a new 24 hour core laboratory service. He has specific expertise in cell-based therapy, immunology and flow cytometry as well as restructure and corporatisation of internal hospital services. He has also been directly involved in cell therapy manufacturing since the 1990’s and is also currently the Chief Scientific Officer of Cell Therapies Pty Ltd- a Peter Mac majority owned and controlled independent business responsible for novel cell-based manufacturing and consulting.

After completing his undergraduate education in London he completed a PhD at the University of Melbourne and became a fellow of the Faculty of Science (FFSc) from the Royal College of Pathologists of Australasia in 2010. He has administered various TGA cGMP licences on behalf of commercial sponsors working in immunotherapy and regenerative medicine, in the meantime having withstood 20 TGA inspections. His team is currently involved in commercial process development, and manufacturing with needle to needle control, as well as novel research in in-vivo cell therapy imaging using PET/SPECT and MRI, as well as supporting and developing complex cell therapy trials such as gene modified Chimeric Antigen Receptor T cell immunotherapy.

Dominic is also the responsible scientists for a large standard of care cell transplant service for patients with cancer. He is an acknowledged regulatory expert having published over 130 papers and abstracts in the field and is the current chair of the Legal & Regulatory Subcommittee of the International Society for Cell Therapy (ANZ), is the co-chair of the Global Regulatory Perspectives workshops at ISCT and has been a regional vice-president for the region for 3 terms. He serves on numerous other committees such as the RCPA Cancer Services Advisory Committee and the Victorian Statewide Pathology Executive.